Some 60,000 Wilmington, N.C., residents get their drinking water from the Cape Fear River.

DuPont and its spinoff company Chemours manufacture chemicals at a plant upstream from the city.

The plant is situated on a 2,100-acre property on the Cape Fear River in Fayetteville. It is there where a chemical called GenX — a potentially cancer-causing substance that is a byproduct of DuPont and Chemours’ manufacturing processes — is produced.

Wilmington residents are demanding to know if those toxic chemicals are making their way downriver into the city’s drinking water.

The Cape Fear Public Utility Authority co-authored a three-year study on the chemical’s elevated presence in the water. But as CBS News’ Jericka Duncan reports, the findings were never made available to the general public — not even to Wilmington Mayor Bill Saffo.

Saffo met with Chemours officials, and couldn’t believe what he heard: “We were alarmed. And we want to know how long that compound or that chemical had been dispersed into the Cape Fear River. And they told us since 1980.”

Last week, a city council meeting in Wilmington was over capacity, as neighbors demanded their leaders hold Chemours accountable.

“Why has this been allowed to go on for so long?” asked one citizen, Kalli Smith. “I have been drinking this water my entire life.”

Though they aren’t pointing fingers at DuPont or Chemours, Wilmington’s self-proclaimed “cancer moms” showed up in full force.

Amy Herrman’s son, Jacob, had leukemia, and received chemo for three years. “It just seems odd that we’re having to fight for clean water after we’ve fought for our children’s lives,” Herrman said.

Lisa Grogan’s son, Nathan, was diagnosed at age four with Wilms, a rare kidney cancer. “Because of what our kids have been through, I think it’s hard for people to look at us and say the water’s probably OK, or, there’s probably not too much toxin in there to cause health effects,” said Grogan.

There are currently no federal drinking water standards for GenX. And because of an EPA rule, Chemours’ release of GenX into the Cape Fear River for nearly four decades may have been perfectly legal; that’s because it is a byproduct of another substance.

“There is a loophole that needs to be looked at by Congress to make certain that we have safe drinking water in this country,” said Mayor Saffo.

The long-term health effects of GenX on humans are unknown, but studies submitted to the EPA by DuPont between 2006 and 2013 show it caused tumors and reproductive problems in lab animals.

The company says GenX is a safer alternative to another DuPont chemical called C8, which it no longer makes.

DuPont was forced to pay the largest fine in EPA history — $16.5 million — for failing to report C8’s substantial risk to human health. And this past February, DuPont and Chemours doled out more than $670 million to settle a class-action lawsuit involving C8 water contamination in the Ohio River Valley.

Jennifer Adams, the vice chair of the Cape Fear Public Utility Authority, was asked why the water company never made its GenX study public.

“There were no alarm bells set off,” she said. “There wasn’t anything indicated in the report that indicated immediate action was needed.”

CBS News has learned Adams worked as a chemical engineer at DuPont from 1990 to 2001.

CBS affiliate WWAY asked Adams, “Given your connection to DuPont, do you know anybody that works at the Chemours plant?”

“Have there been any discussions between any board members including yourself and anyone at Chemours?  Or DuPont?”

Water inspectors are testing the current levels of GenX in Wilmington’s water, but results are not expected until late next month. It is an excruciating wait for a mayor whose community is desperate to know if their water is safe.

The company also told CBS News it continues to believe that emissions from its plant have not impacted the safety of drinking water. 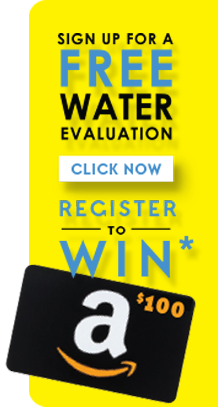 Applicants must reside within the Moore Water and Air coastal Carolina region.
Please contact us for details.